You are here: Home / About the Canal

A Brief History of the Delaware Canal 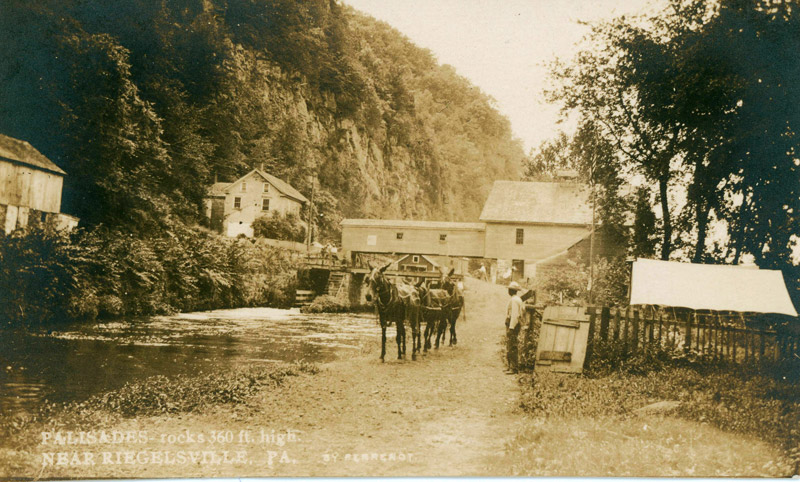 In the early 1800’s, America was growing rapidly. Its population was increasing, westward migration had begun, and business was booming. Poor roads and unnavigable rivers could no longer meet the young nation’s needs. Legislators and entrepreneurs looked to canals. These man-made waterways had been used successfully in Asia and Europe for centuries, as a way to provide better, faster, and cheaper transportation.

Inspired by the tremendous success of New York state’s Erie Canal, the Commonwealth of Pennsylvania began building a 1,200-mile system of canals to connect Philadelphia, Pittsburgh, and Lake Erie. These new transportation routes would carry the raw materials and manufactured products that would power this country’s industrial revolution.

The 58.9-mile-long Delaware Canal is part of this great network. Completed in 1832, it runs from Bristol to Easton, where it connects with the Lehigh Canal. The primary purpose of these two waterways was to transport anthracite coal from the northeastern Pennsylvania coal regions to the cities on the eastern seaboard.

In the most productive years just prior to the Civil War, over 3,000 mule-drawn boats traveled up and down this route, moving over one million tons of coal a year. Smaller quantities of goods such as lumber, building stone, lime, and produce were also carried.

Life was hard for the men, women and children who worked on the canals. A typical day started before 4 a.m. with the grooming and harnessing of the mule-team. It ended at 10:00 p.m. or later, when the lock tenders stopped operating the locks and the boats could go no further. A mule-powered boat loaded with 80 tons of cargo traveled 30 miles or more each day.

Over its course of 60 miles, the Delaware Canal drops 165 feet through some twenty-three locks. Ten aqueducts carry the waterway over small valleys and streams. Including its towpath and berm bank, the canal is approximately 60 feet wide and originally was five feet deep.

As railroads began to seriously compete for freight contracts, canal-generated revenues to the Commonwealth dropped. In 1858, the decision was made to sell the Delaware Canal to private operators. From 1866 to 1931, the Delaware Canal was run by the Lehigh Coal and Navigation Company, which also owned of the Lehigh Canal.

Canal traffic and revenue declined until the “iron horse” finally beat the mule, when the last paying boat locked through in October 17, 1931. The same day, 40 miles of the Delaware Canal was deeded to the Commonwealth of Pennsylvania. It was named Roosevelt State Park by Governor Gifford Pinchot, to commemorate his fellow preservationist, Theodore Roosevelt.

It was not until 1940 that the Commonwealth finally acquired all 60 miles of the canal. By popular demand, the park was renamed Delaware Canal State Park in 1989. The significance of the Delaware Canal was recognized in 1978, when it was designated a National Historic Landmark. It is preserved today as the last towpath canal in America capable of being fully-watered and restored.

Helping on Canal Clean-up Day is just one way you can get involved and help to restore, preserve and improve the Delaware Canal. Big or small, the perfect job for you awaits – all you need to do is get involved! END_OF_DOCUMENT_TOKEN_TO_BE_REPLACED