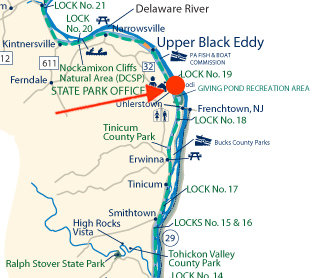 The Bridge with the Hump

When the Delaware Canal was dug between 1827 and 1832, the canal “ditch” often divided properties into two pieces. The Commonwealth of Pennsylvania, the builder of the Canal, was obligated to the property owners to reconnect the separated pieces with bridges.

More than 100 bridges were constructed along the Canal’s 58.9-mile length. Most were wooden truss bridges known as “camelbacks” because they had humps in the middle. The hump allowed a canal boat to pass underneath more easily.

A loaded boat had no difficulty passing under bridges, but for an empty, “light” boat, the clearance was too tight for comfort. It was always necessary for anyone on deck to duck while the boat passed under a bridge. At night the muletender often called “Bridge!” to warn the captain. The lyrics of the famous song about the Erie Canal tell the tale. “Low Bridge, Everybody Down.” Listen to a portion of Lee Murdock’s rendition of “Low Bridge, Everybody Down”:

Today six authentic camelback bridge remain along the Delaware Canal – Woody’s in Williams Township, Spahr’s and Hazzard’s in Upper Black Eddy, Thompson-Neely in New Hope, Goat Farm in Upper Makefield Township and Sommer’s in Lower Makefield Township. The bridge names refer to the property owners at some point in time in the bridges’ history.

The Friends of the Delaware Canal are committed to the preservation of these six bridges, which are vital pieces of the waterway’s history. Four of the bridges already have been restored using grants and contributions. Funds are being sought for the restoration of the remaining two, one of which was severely damaged in an earthquake.

Helping on Canal Clean-up Day is just one way you can get involved and help to restore, preserve and improve the Delaware Canal. Big or small, the perfect job for you awaits – all you need to do is get involved! END_OF_DOCUMENT_TOKEN_TO_BE_REPLACED